If you’re keeping track of the dates, more than a year has elapsed since the last update. So I should be almost done, right?… Not exactly. Finishing off the garage had been part of the plan since we moved in and it didn’t make much sense to setup a comfortable, well organized shop after the bus was done. Also, entirely too much of the garage had been taken up by yard/outdoor stuff. So I finished off the garage, had a shed built, and completed many other other ‘non-bus’ projects in the past year. Various bus work was done from time to time, most notably cleaning and disassembly in the engine compartment, but nothing substantial… Until today. Rust holes along front of roof fixed, beginning to rebuild driver side interior door gutter, front door window frames disassembled. 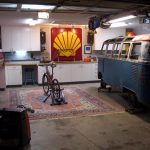 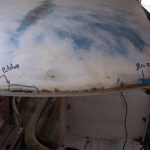 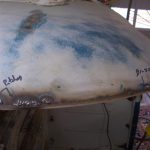 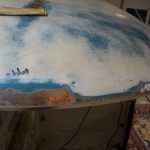 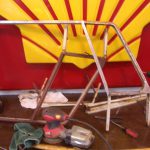 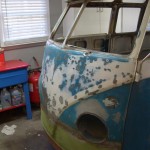 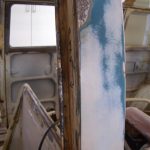