The rear VW emblem on the golf serves a number of purposes:

#3 – (what this is all about) It’s a back-up camera. When in reverse, a small camera is pushed through a trap door behind the emblem causing the emblem to swivel up. The golf’s controller knows not to unlatch the hatch if it see the emblem swivel while in reverse (because it’s the camera that has swiveled the emblem, not a person).

Having a backup camera on a car that I can practically lean back and touch the rear windshield from the driver’s seat doesn’t make a lot of sense, most of the time. I have gotten used to it though – it’s great for towing and I have lines on the garage floor that allow for precision parking every time, maximizing usable garage space. A few weeks ago the camera stopped working; I investigated further and found that one of the arms of the extension mechanism had broken off. At that time I grafted a sheet metal strap onto the plastic mechanism and melted parts of it back together. This lasted a about a week, so this weekend I re-produced the entire plastic part completely with steel.

During the many cycles of assembly and dis-assembly of the camera mechanism I encountered a problem where any time it was put into reverse the hatch would open! This is kind of a funny outcome since it’s still fulfilling the purpose of more visibility when in reverse, just in a different way. This would be inconvenient, to say the least, so I tracked the problem down to some frayed wire connections. The shorted connections caused the hatch switch signal not to be ignored when the camera was deployed; re-terminating the wires fixed the problem completely. 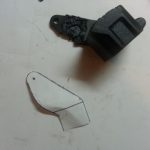 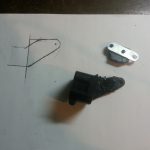 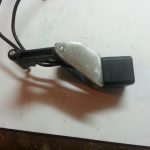 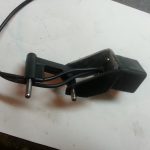 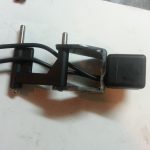 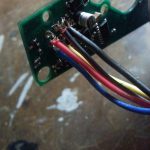 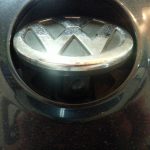 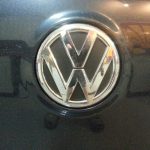 A few weeks ago the Golf gave a low coolant warning and, not seeing any immediate signs of a leak, I topped if off. This week, I noticed a few pink drips in the garage. This is actually fortunate because it meant there was an external leak of some kind rather than something more serious like an EGR cooler or head gasket leak. Since the puddles were rapidly increasing in size I investigated the source of the leak tonight. Unfortunately it wasn’t anything as easy as a bad hose, clamp, or o-ring; I could see coolant dripping from the radiator. The next step, as it is with most modern VW repairs, was to disassemble the entire car. Although it looks intense, cleaning up the garage prior to starting this project took about as long as actually accessing the radiator. 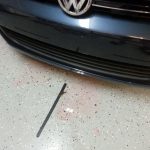 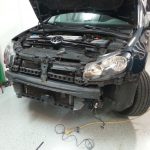 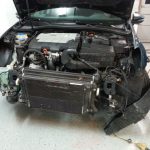 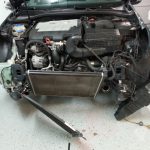 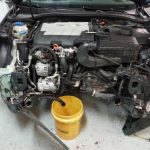 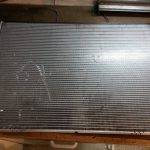 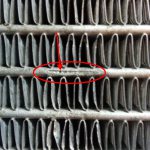 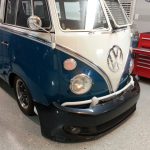 From searches online it appears this is a somewhat common problem; the fan support vibrates against the thin aluminum radiator tubes until a hole is worn through. During reassembly I’ll add some rubber cushioning in this area to prevent recurrence. A replacement is available locally and I’ll pick it up after work tomorrow; I should be able to have everything back together tomorrow night, though I may let the project stretch into the weekend to thoroughly clean/detail the front bumper while I have everything apart. 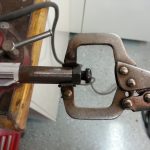 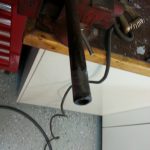 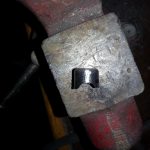 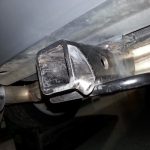 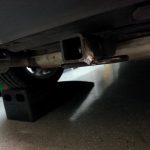 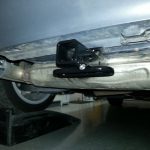 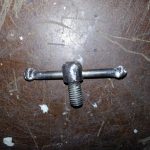 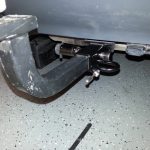 I had been keeping an eye out online for a very specific car: 2010+ 4dr golf TDI w/ sunroof and 6spd, in any color other than the ubiquitous VW silver. Each of these criteria alone are the low-volume options in the US; in combination it means that there are only a few for sale anywhere along the east coast at a given time. So when I did occasionally see one it was either exorbitantly priced or wrecked beyond repair. When I came across this one with relatively superficial damage at a reasonable price I went for it and spent a few weeks of nights/weekends bringing it back to new. In this case I had a body shop do the paint since I’m not ready to venture into metallic painting yet; runs cannot be wet-sanded out of metallic paint like they can on the bus’s non-metallic paint. 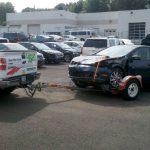 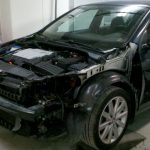 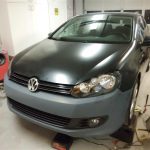 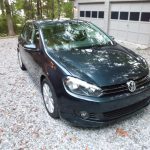 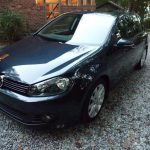 The summer has also been busy with traveling and house/yard projects, hopefully I’ll get back to working on the bus soon.