This weekend I started putting the engine back together, and I’ve decided to replace a number of parts:

It’s mostly reassembled now, including shimming the crank/flywheel for proper end play and verifying with a dial indicator to 0.001″ (end play is critical on aircooled VW’s). I also modified the fan shroud to accept the bigger oil cooler and also re-built the thermostat. The thermostat is a sealed copper accordion that expands when heated. For some reason mine had expanded permanently; these are no longer made and becoming increasingly rare, so I had to fix it. Luckily I was able to find information about others who have had the same problem and I was able to fix it in the same way; the fix consisted of unsoldering the end plate, compressing the accordion, dropping in a bit of rubbing alcohol, and resoldering the plate before it had a chance to evaporate. The thermostat is now completely contracted at room temp and begins to expand around 80°C, allowing it to push on a linkage that opens cooling flaps in the fan shroud.

The new bearings are “structurally guaranted[sic]”, hopefully that’s just a typo and not a clever way to dodge claims – “they weren’t guaranteed, they were guaranted” 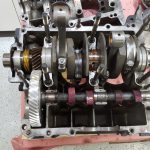 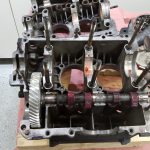 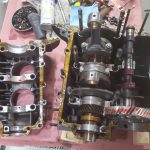 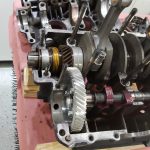 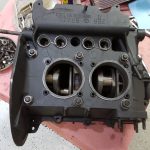 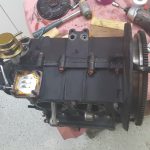 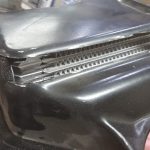 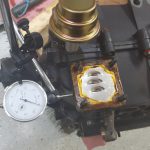 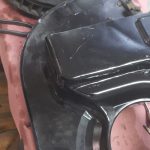 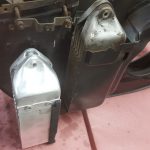 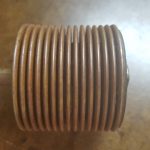 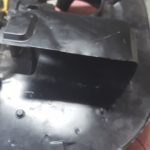 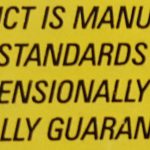 This entry was posted in Uncategorized and tagged Bus, Engine. Bookmark the permalink.