It’s not particularly hard to use a window crank, but multiplied by several windows it does take a little bit more time than it could.  With this in mind I created an adapter for a cordless drill to more quickly open/close windows, particularly as it’s starting to cool down some and we’re using the windows more.

Construction was relatively straight forward, it’s just a bit of aluminum turned to size and with a hole drilled with the same size as the OD of the splines on the window crank mechanism. The only tricky part was creating the splines since this is the first time I’ve attempted it. The lathe has a built-in index plate that allowed the adapter to be positioned in the 12 evenly divided positions required; once it was in each position I used a small lathe tool to broach a slot, moving the carriage back and forth with the lathe off while slowly raising the tool. I then turned a bit of steel rod to size and pressed it into the back of the adapter.

Overall it turned out OK – the splines aren’t the greatest due to the tool not being very rigid, but it’s plenty good enough for it to engage with the window and hold solidly. 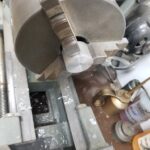 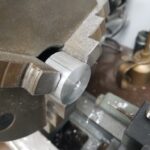 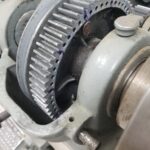 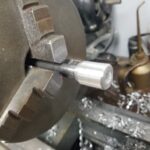 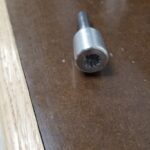 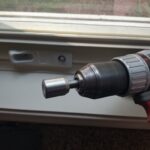 This entry was posted in Uncategorized and tagged Hacks, Lathe, Mechanical. Bookmark the permalink.